McIver has made the expressionist tradition her own by funneling it through her life with urgency, painting autobiographical images in an authentic and distinctive style that are at once psychological and social.

Betty Cuningham Gallery is pleased to present an online exhibition of new work by Beverly McIver. Like many artists, Beverly found the recent lockdown caused by Covid-19 to be a very revelatory and productive time in her practice. Beverly was inspired to create a new series of self-portraits where her head and face are wrapped, bound and hidden from the viewer, either by a beautiful silk scarf or by thick black rope. This series shows the artist working through her emotions and fears regarding the nationwide lockdown as well as the racial disparities in America caused by systemic racism. During this time, she also worked on her ongoing doll series, which seemed to offer refuge from the fears of being locked up and locked in. 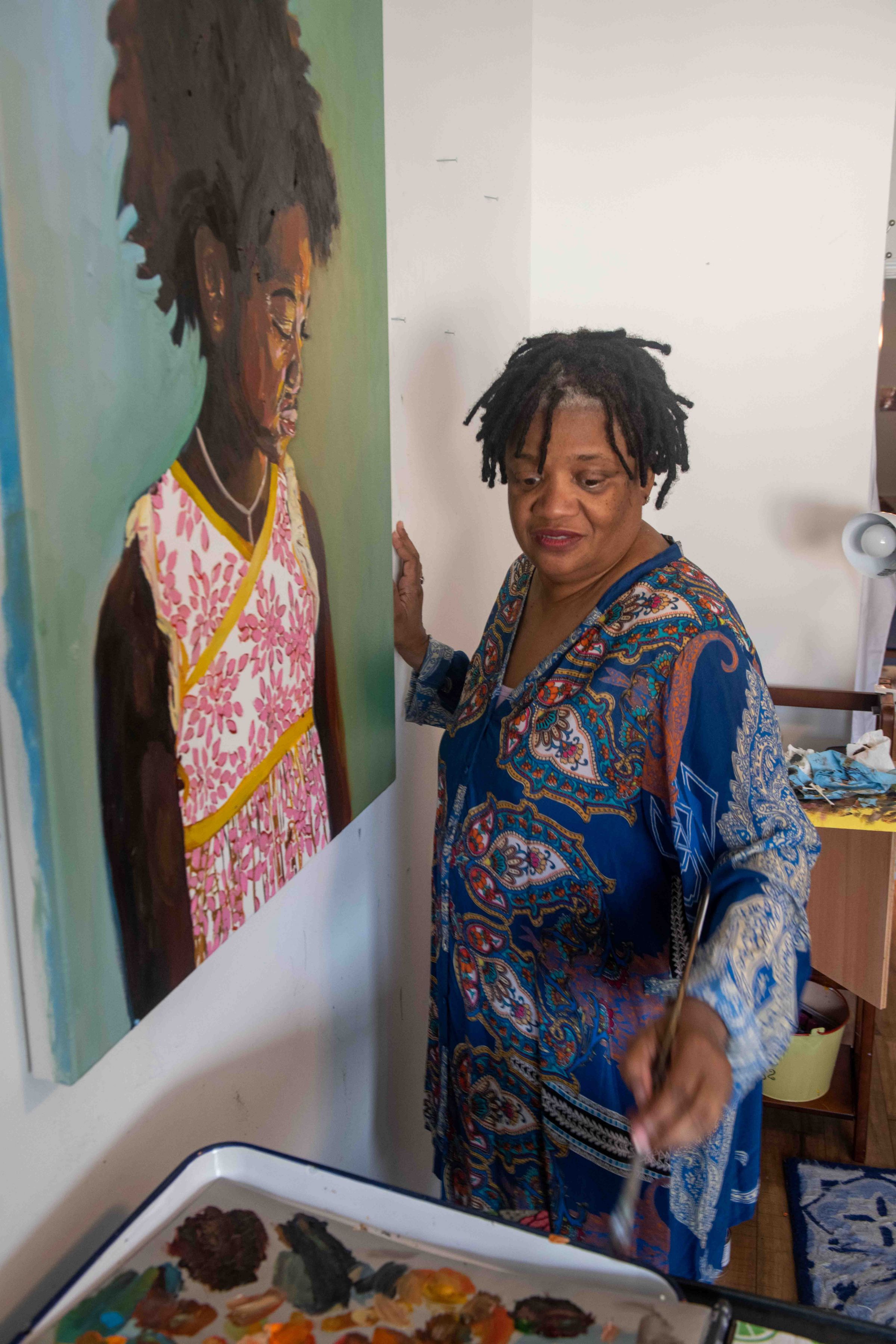 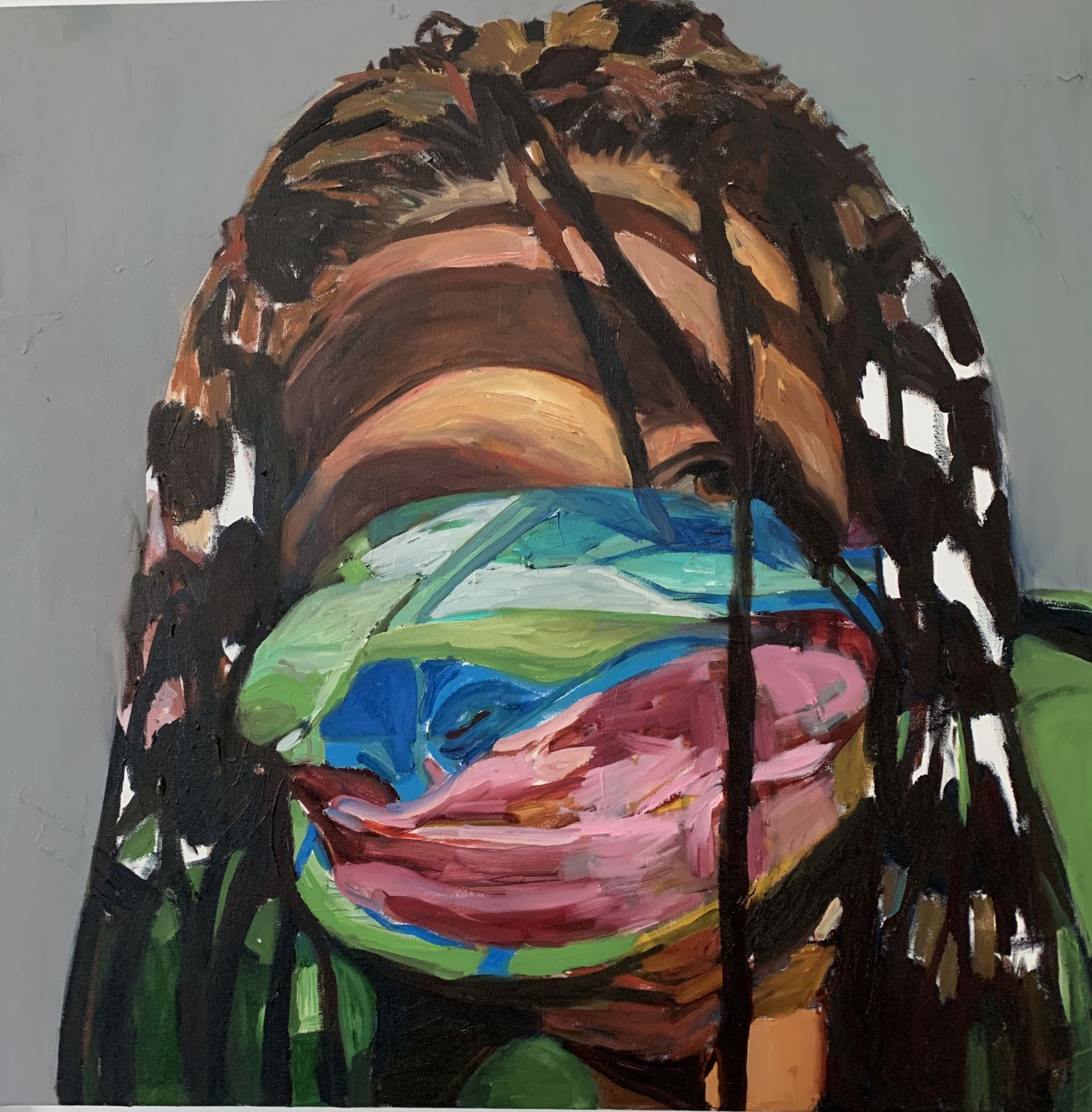 "These scarf paintings were the first paintings that I did during quarantine. In March, when Duke first told the students not to come back from Spring Break, I thought to myself ‘Oh my god, how great, I get to stay at home and paint!’ But then it struck me, ‘what am I going to paint?’ I wanted to just paint, without thinking about any obligations or upcoming shows or anything. So, I decided I would try to paint the contradiction of this time in my life – the contradiction between the joy I felt having all of this time to paint mixed with the isolation and angst created by the virus. So I came up with these scarf paintings to convey this contradiction; the scarf is vibrant and beautiful and yet it is constricting and wrapped around my face. That scarf was made by an artist friend and she gave it to me, but I think it is too beautiful to wear... 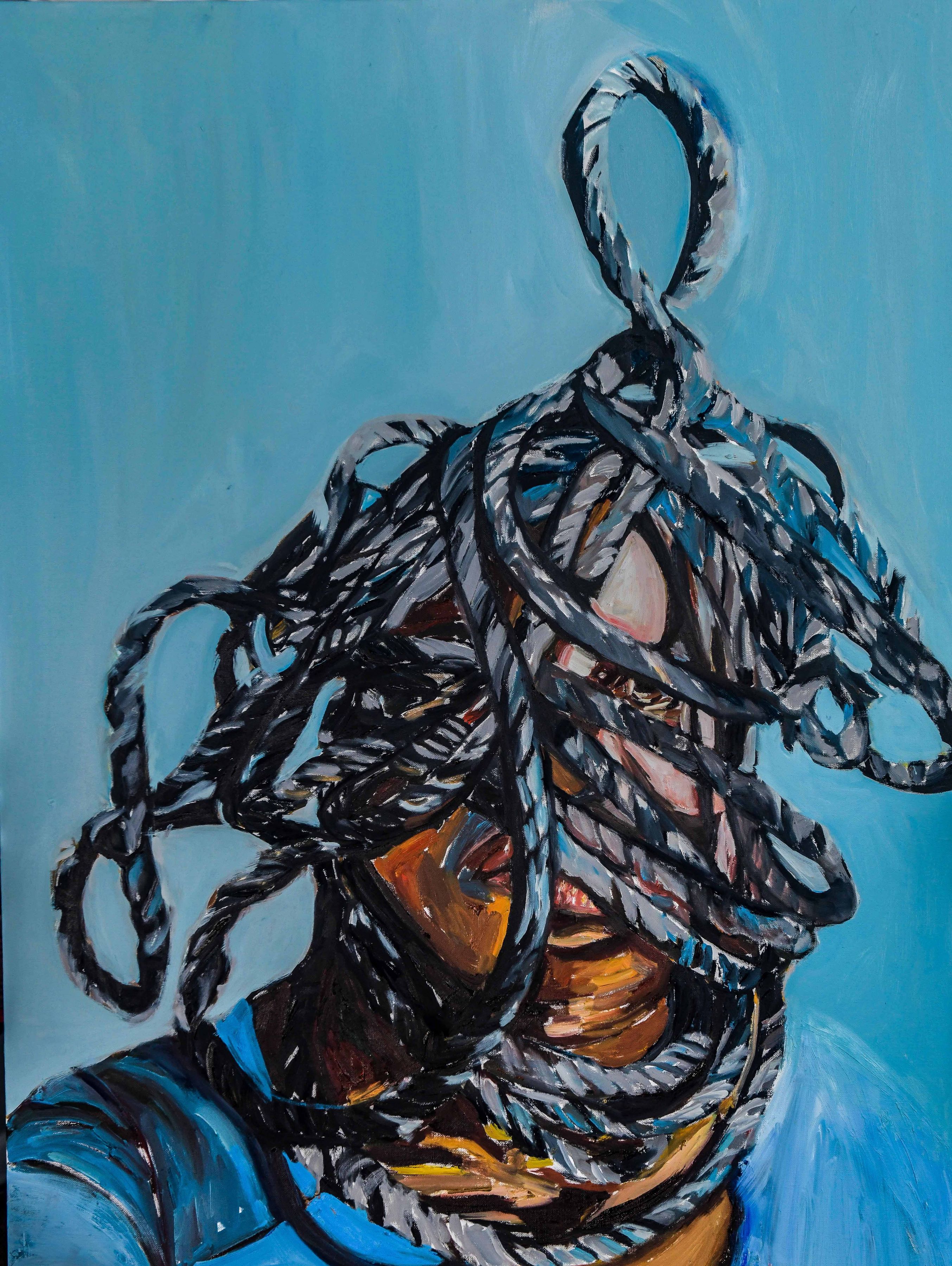 "Usually I do not have enough time to reflect or stop and listen to my inner voice, but after I did the scarf paintings, my inner voice was saying, 'you should buy some rope, some thick black rope'. While I initially thought it was crazy, I eventually gave in (to myself) and bought the rope. Like the scarf, I just wrapped it around my head, letting the rope fall into place as it wanted. It made the noose shapes on its own, but it told me something about how I was feeling."

Beverly McIver in her studio in 2020. 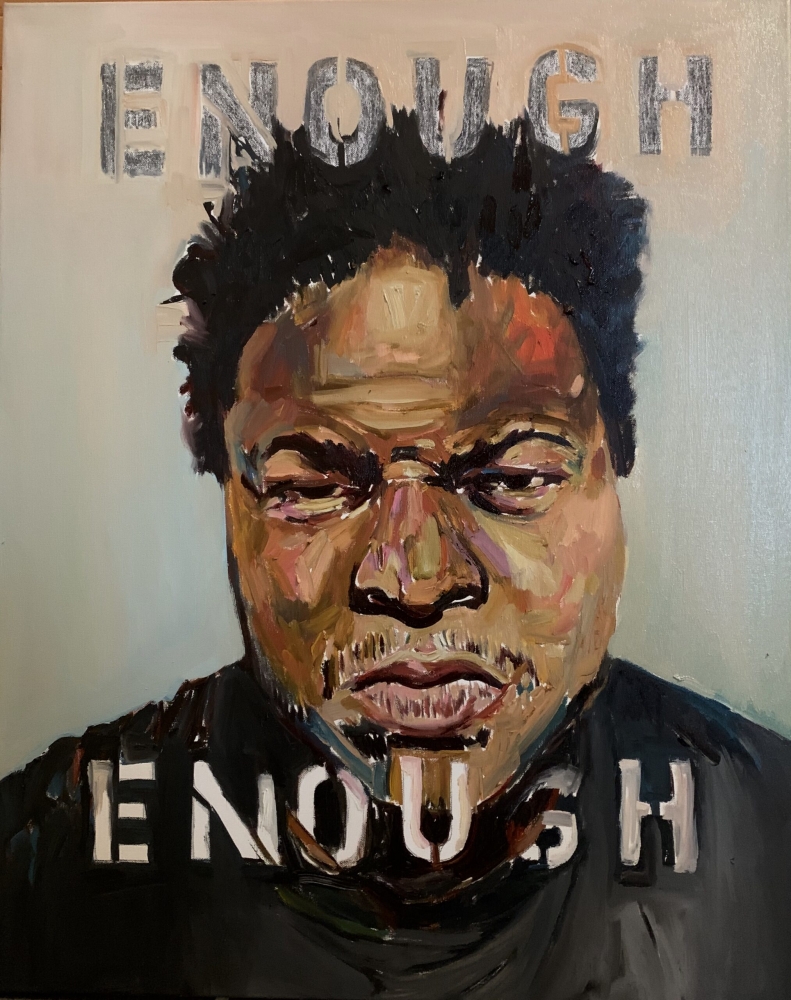 Oil on canvas with graphite

The People For the American Way has recently launched the 'Enough of Trump' campaign which is based on a simple concept: artists and the public, using art to convey what they have had “enough” of in the Trump era and to inspire the public to vote in November. The PFAW invited Beverly to participate and she eagerly accepted the invitation saying: "If prejudice can affect one group, it can affect any group. We are all vulnerable. That is why we all need to get out and Vote in Novemeber." She is joined by other artists including Carrie Mae Weems, Shepard Fairey, LaToya Ruby Frazier, Jeffrey Gibson, Mark Thomas Gibson, Deborah Kass, Christine Sun Kim, Takaaki Matsumoto, Amalia Mesa-Bains, Sam Messer, Ed Ruscha, Alyson Shotz, Hank Willis Thomas, and Cayetano Valenzuela. 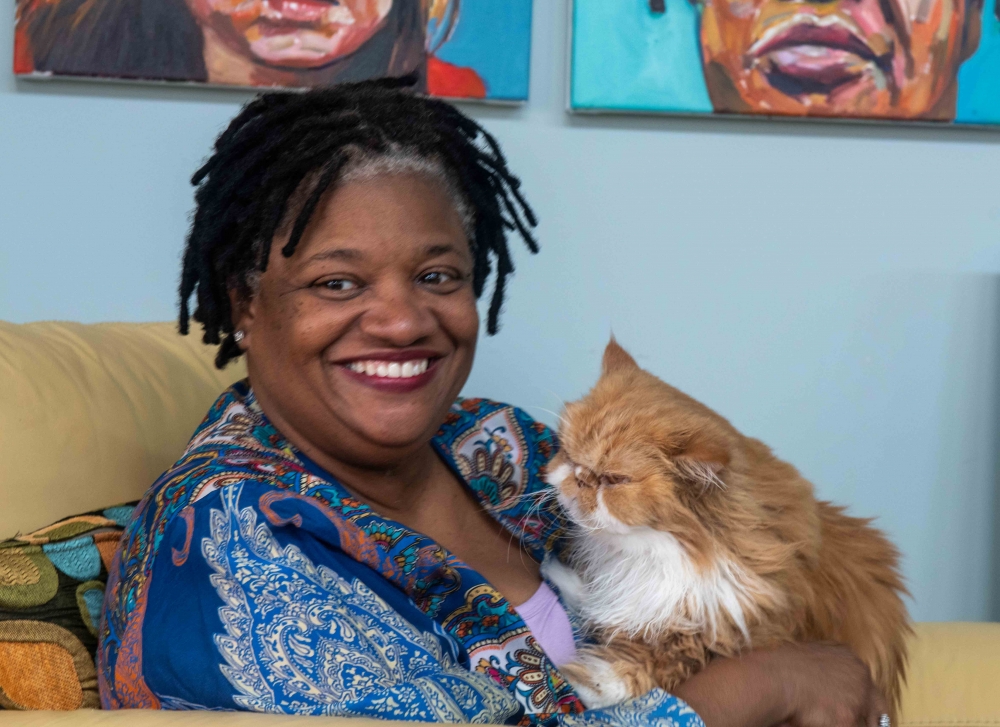 Beverly McIver was born and raised in Greensboro, NC. She received a BA in Painting and Drawing from North Carolina Central University and a MFA in Painting and Drawing from Pennsylvania State University.  In 2007, she received an Honorary Doctorate from North Carolina Central University where she was a Professor of Art from 2007 to 2014. Currently the artist lives and works in Durham, NC where she is the Professor of the Practice of Visual Art at Duke University.