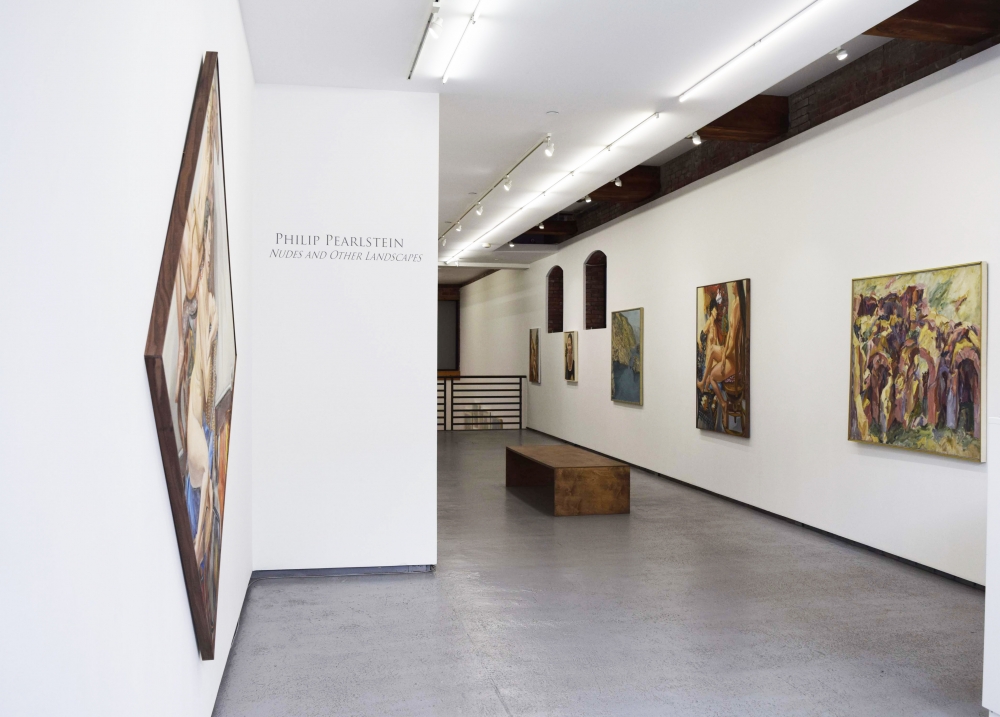 Philip Pearlstein is synonomous with figure painting - particularly nude figures, often surrounded by objects from Pearlstein’s vast collection of art and Americana that is housed within the artist’s New York City Studio. However, as much as he is a voracious collector, he is also an avid traveler. Throughout his nearly 75 year career, Pearlstein has painted many famous landscapes from direct observation. Over the years these landscapes have been paid much less attention by critics, even though Pearlstein approaches these works in the very same way he approaches his acclaimed figures. Pearlstein has explained: “I see the figure as landscape; the landscape as figure – they’re the same!” In this exhibition, figures and landscapes are juxtaposed, underscoring Pearlstein’s commitment to painting exactly what is in front of him, precisely what his eyes see, without an ounce of narrative or idealization.

“I see the figure as landscape; the landscape as figure – they’re the same!”

Etching and aquatint on paper

Model on Eames Chair with African Drum and Mask, 2018

Etching and aquatint on paper

Model on Eames Chair with African Drum and Mask, 2018

Cuningham’s exhibition is a well-rounded approximation of the artist’s career without the museum-sized space that would be required to do a really thorough presentation...The inescapability of hierarchical composition in landscape painting reveals an unspoken truth about Pearlstein’s classic works: it is not so much the egalitarian arrangement of objects in space—both animate and inanimate—that attracts us, but the realization of how good he is at divorcing us from our natural proclivity to stare at ourselves.

-Will Corwin, The Brooklyn Rail

Philip created a three-part documentary that details his experience travelling the world to create the works in this exhibition. This series can be viewed at the links below - enjoy!

Part I: The Early Days — Army Training, and Travels 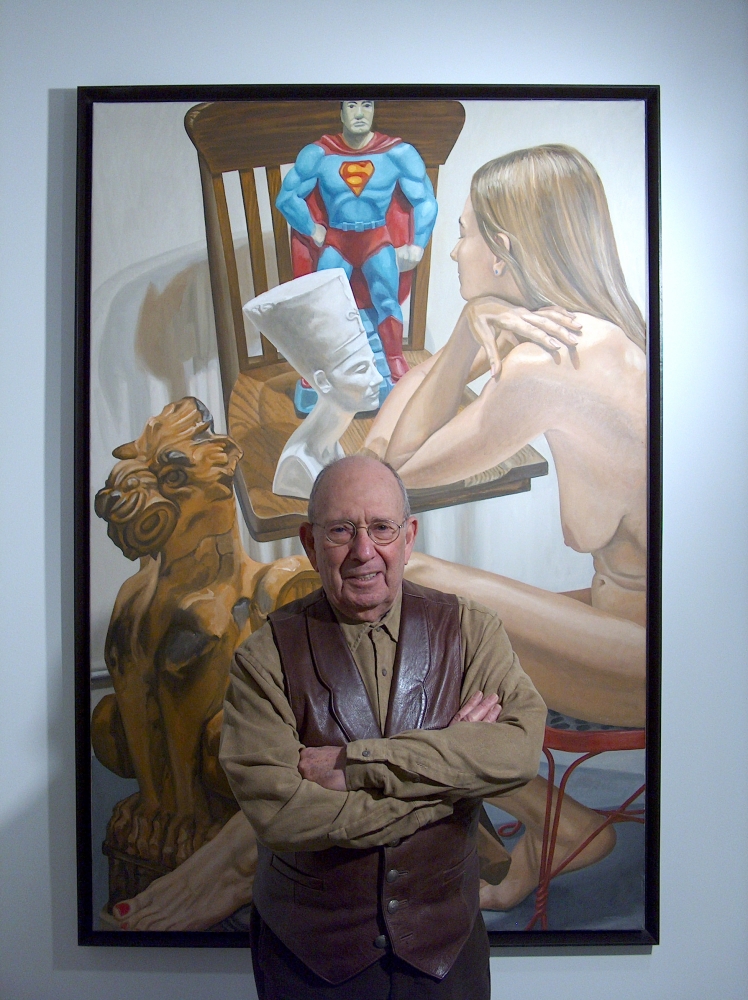 Philip Pearlstein, born in Pittsburgh, PA in 1924, received a BFA from Carnegie Institute of Technology in 1949 and an MA from NYU’s Institute of Fine Arts in 1955. He had his first solo show at Tanager Gallery in 1955. His honors include a National Endowment for the Arts grant, 1968; a Guggenheim Foundation fellowship, 1969; election to the American Academy of Arts and Letters, 1982 for which he served as President from 2003 – 2006; and recently the Icon Award in the Arts from the Bruce Museum in Greenwich, CT. Pearlstein has received Honorary Doctorates from: Carnegie Mellon University, Pittsburgh; Brooklyn College, Brooklyn; College of Art & Design, Detroit; New York Academy of Arts, New York; and Lyme Academy College of Fine Arts, Old Lyme, CT.