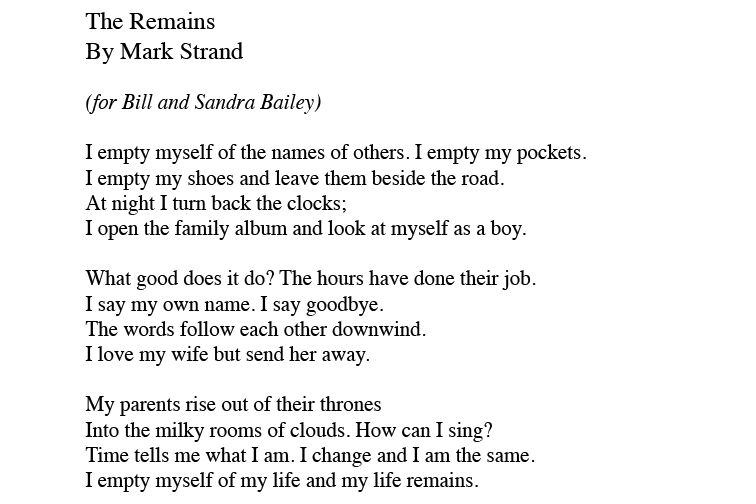 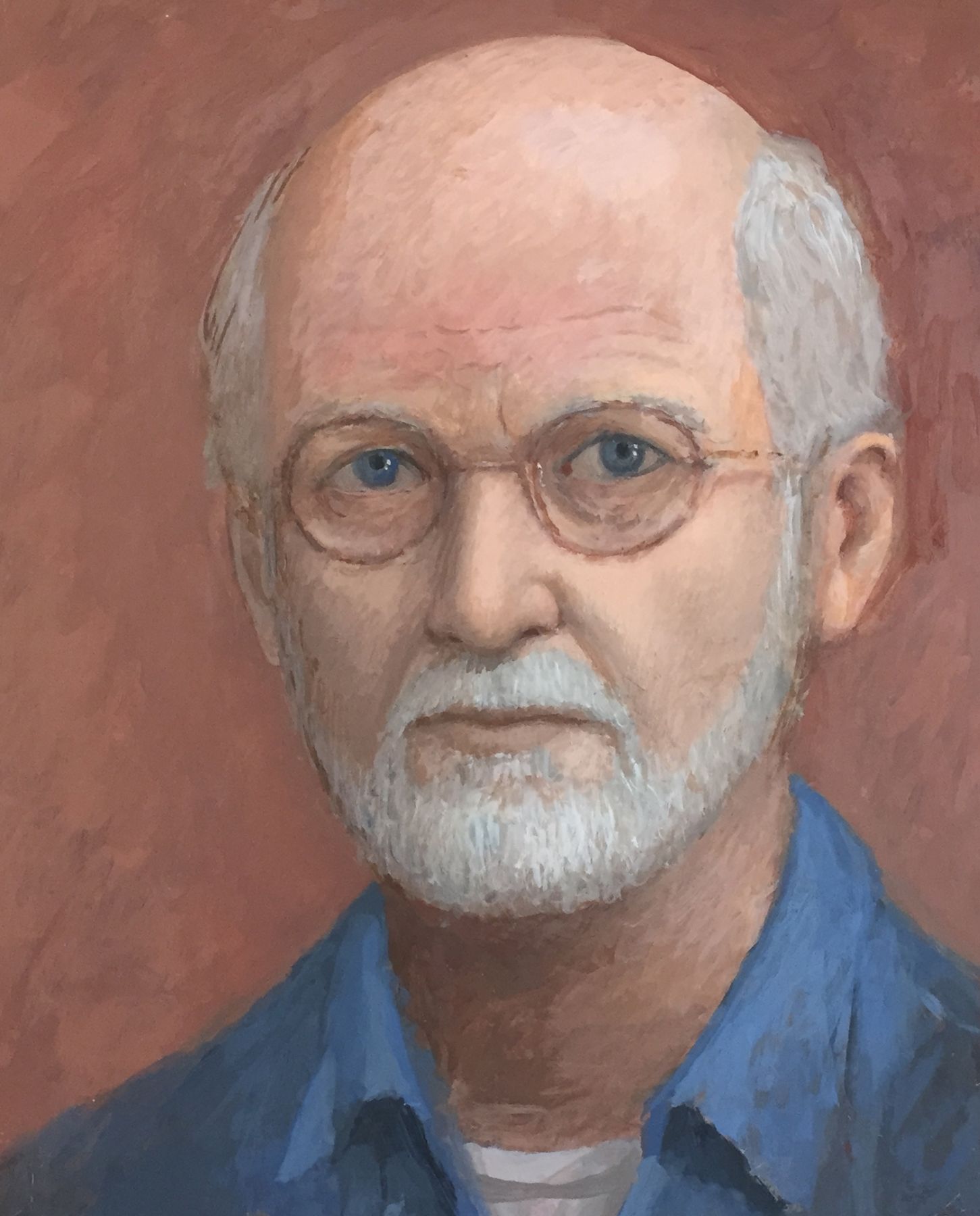 Reading The Remains by Mark Strand and noting its dedication to Bill and Sandra Bailey, I am left thinking about the “remains” – both the poetry of the United States Poet Laureate, Strand, and the paintings of our artist and friend, Bill Bailey.

Bailey leaves us with an incredible legacy of work - paintings, drawings and prints that draw us into his imaginary world of rarified silence. In 1960 Bailey was in crisis with his painting and travelled to southeast Asia seeking clarity and inspiration. He found things in eastern culture that were a good fit for him: particularly slowing of time, refinement of gesture, and silence as a virtue.

At Yale, Bill studied under and taught alongside Josef Albers, who was “his greatest teacher” and was deeply influential to his development as an artist. He credits Albers with his understanding of color and appreciation of abstraction. However, Bill's innate facility to draw combined with his natural inclination to source from his own imagination resulted in a style of painting he called “figuration,” not realism.

Thank you, Bill, for leaving this legacy of brilliant work which grants us the peace you had so valued.

"What has driven my passion I think more than anything else, far more than results, is the world that I am in when I am painting a painting -the conversation, the visual conversation with the painting. It’s the kind of thing that only comes through painting." 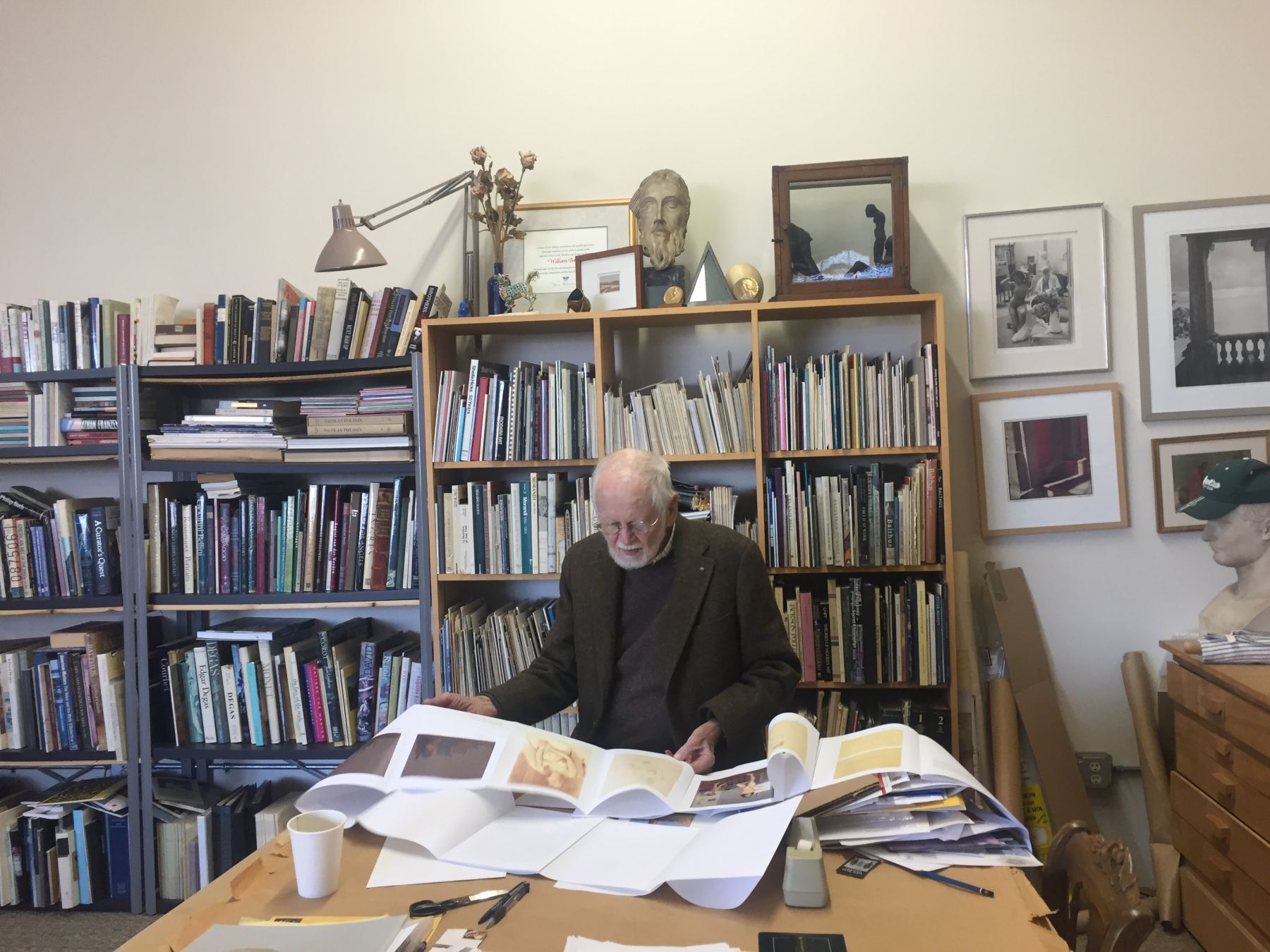 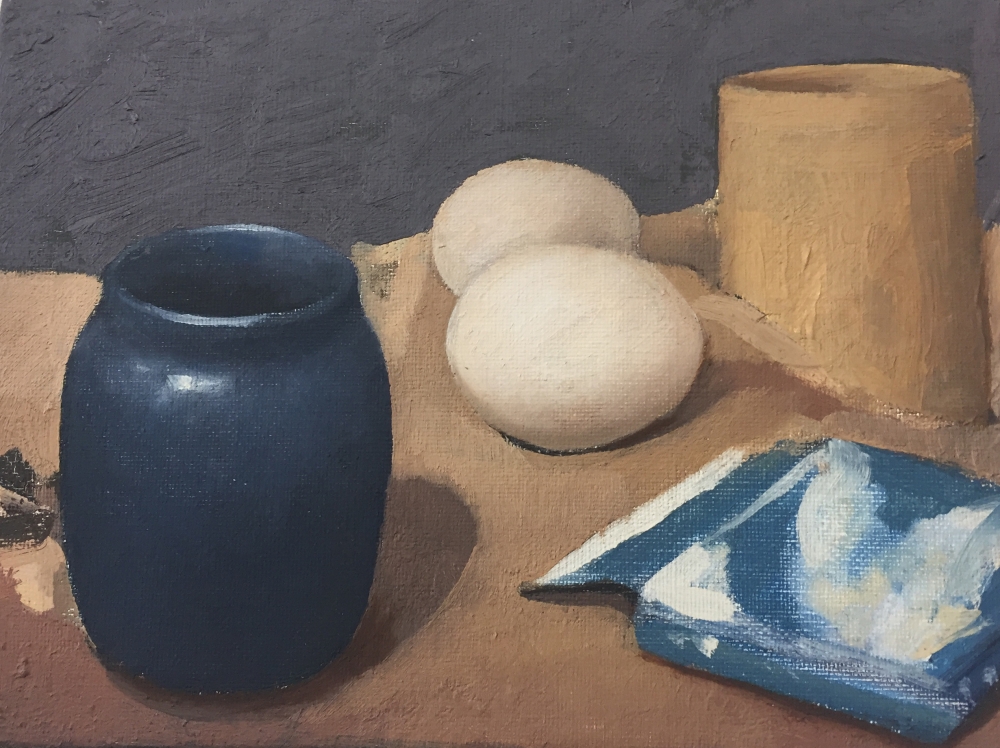 Bailey's famous still lifes organically evolved from simple paintings of eggs. After a discussion with Conrad Marca-Relli, a mentor and friend, about purity and pure forms, Bailey began painting eggs as the two artists determined that eggs were among the purest of forms in the world. Unexpectedly, these paintings became more than just an exercise, genuinely intriguing the artist, and gradually he began to add more objects to the scene. Bailey remembers, "I started painting eggs on a shelf and what I found was I could – just by changing the luminosity on these imaginary eggs and making some white and some brown -  set up rhythms going across and I could play all kinds of different melodies with that very limited subject matter. So, it had nothing to do with fertility, nothing to do with hens, these eggs were art eggs – they only had one purpose, to be in the painting." 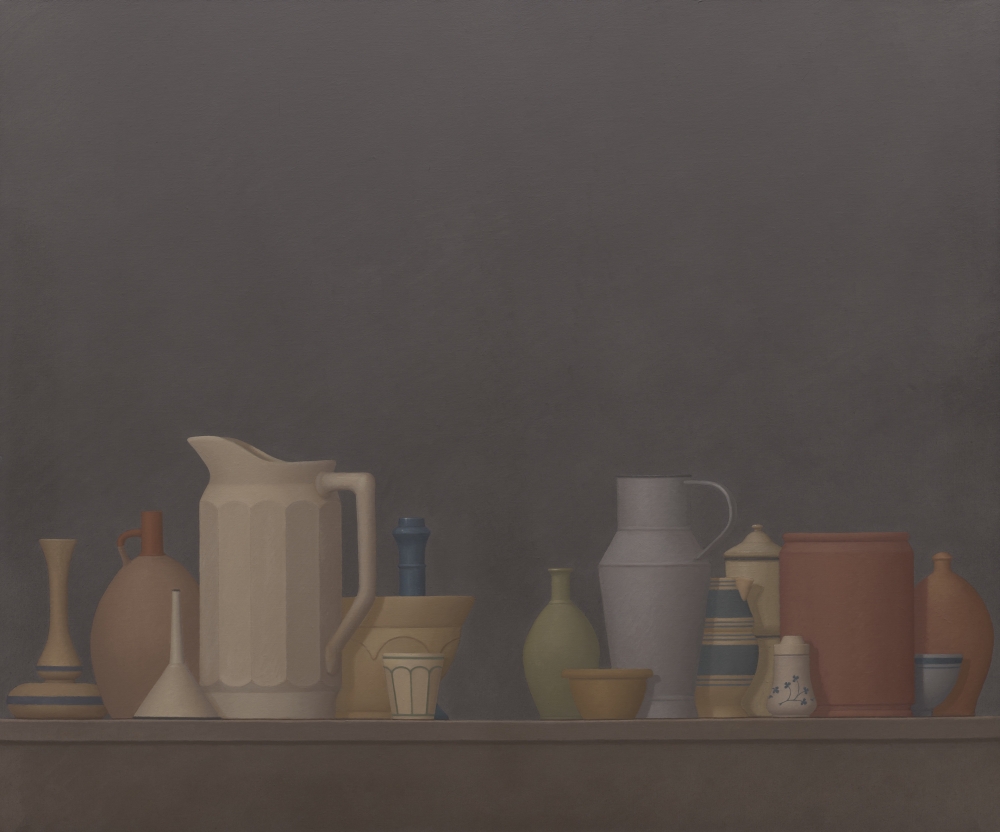 Within his paintings, Bailey creates his own imaginary worlds that do not typically reference or reflect the real world in which they were created. However, Bailey's experience in downtown Manhattan during the terrorist attacks of September 11, 2001 was so harrowing that he felt he needed to memorialize the experience in a painting that later came to be titled, Elegy: "It was a horrifying experience, for even a bystander. One thing that I remember being so moved by was how kind everyone was to one another that day.... When I got back to my studio in New Haven, I thought – I have to make something that has to do with this experience that I just had. And so, I started a painting.... I decided to make a gap. Because my paintings have often been compared to cities, I thought I’ll make a gap between these two groups of objects." 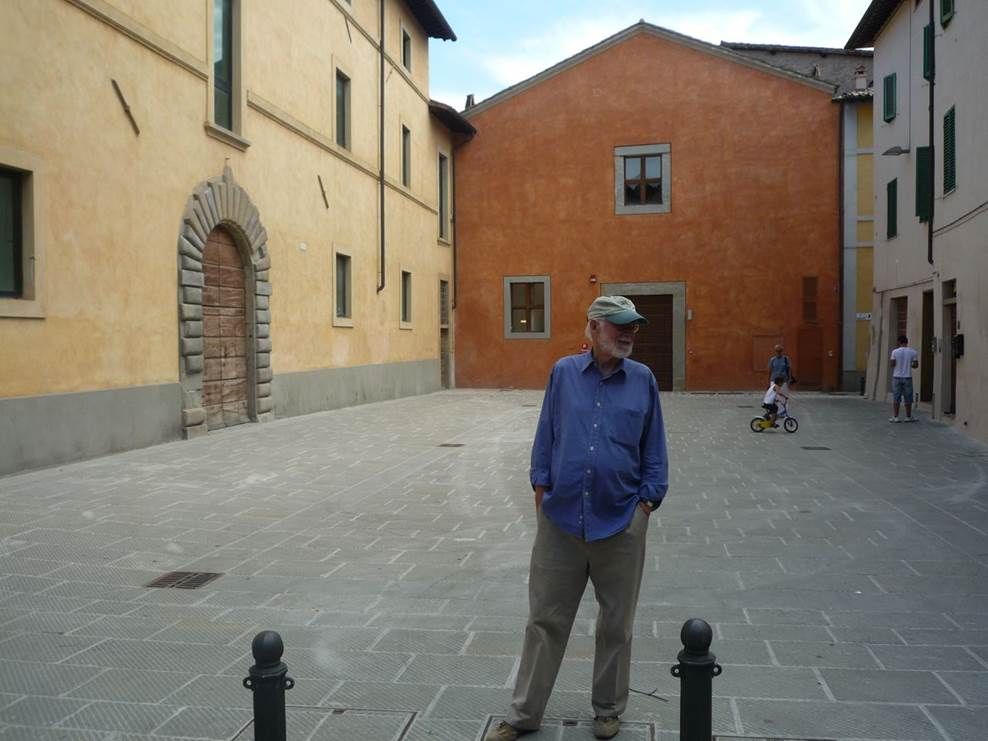 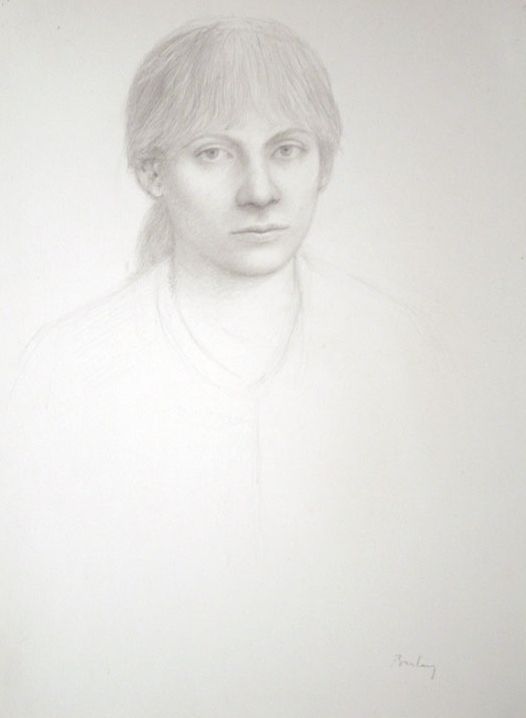 Critic Terry Teachout said, "Not until you have looked at a dozen or so Baileys do you become capable of grasping the complexity of his imaginary world, and it helps even more to view them alongside the Ingres-like drawings and etchings in which he sharpens his focus on that world." These drawings were among the only works that Bailey did from live models and even these drawings were often finished after the models left the studio. 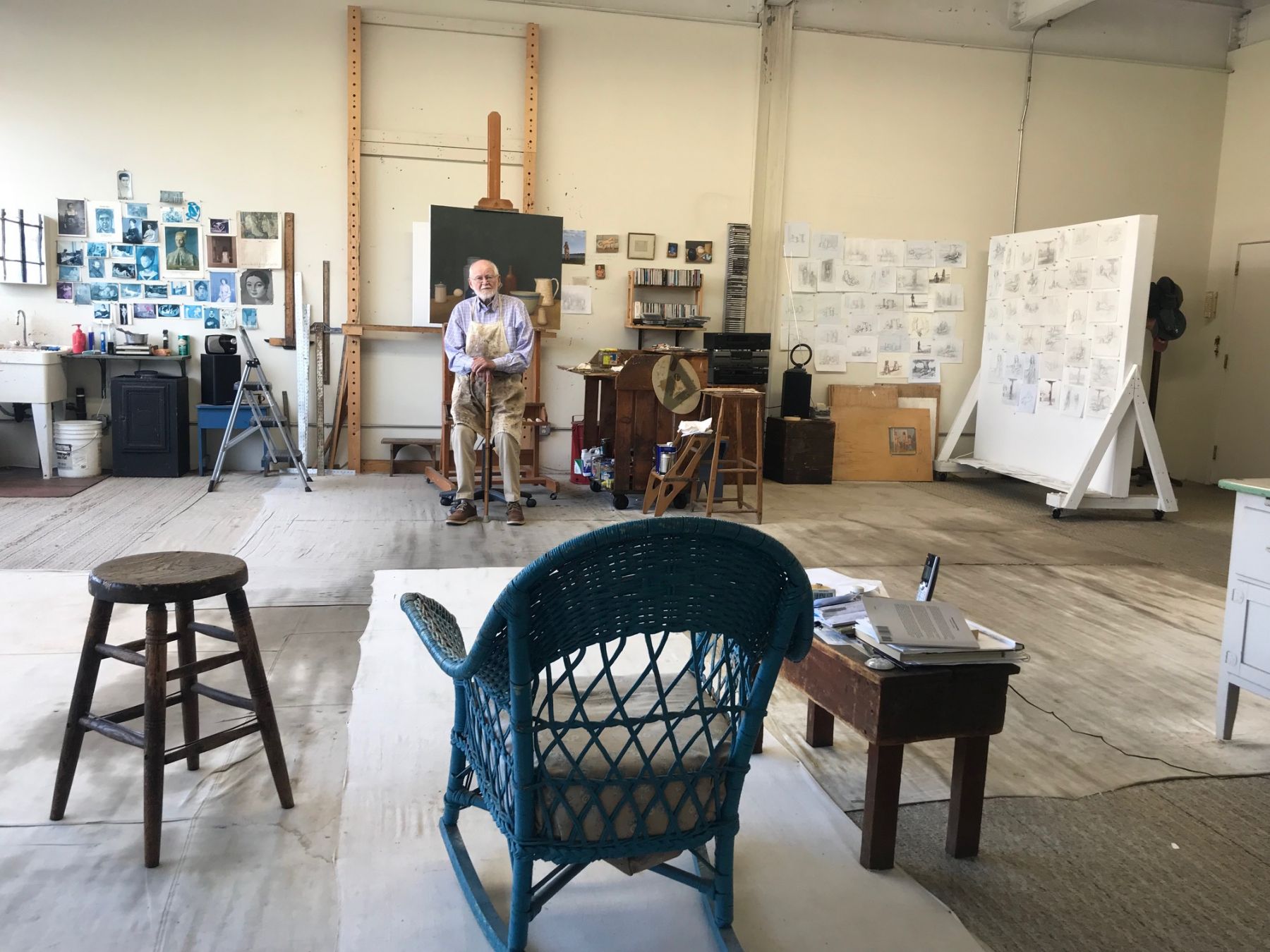 Bill in his Studio in New Haven.

"Mr. Bailey paints from imagination and memory. His goal is to supersede real life and to communicate instead an ideated world of purity." 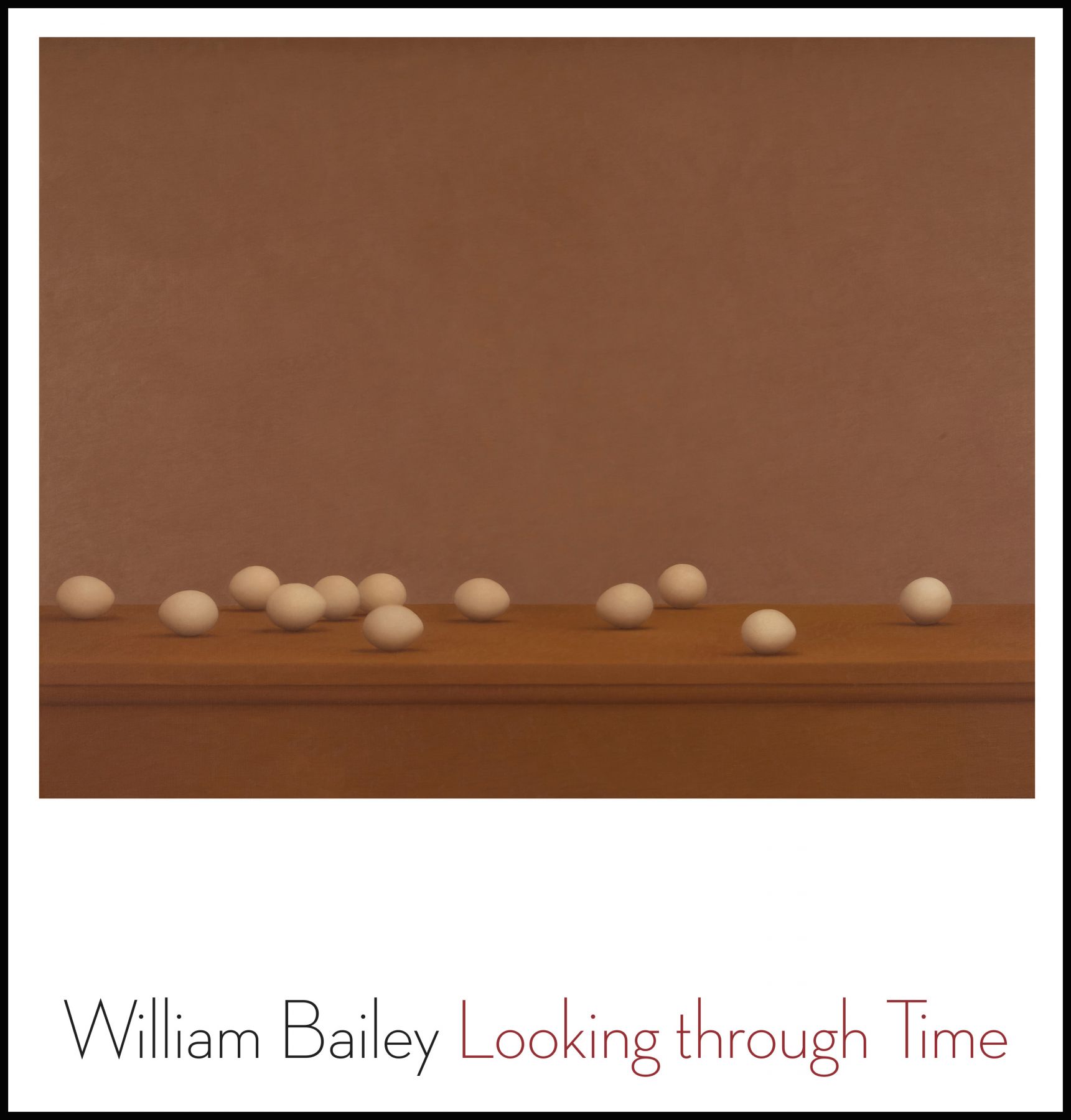 This past fall, The Yale University Art Gallery mounted a retrospective of Willam Bailey's work. The exhibition, William Bailey: Looking Through Time, was curated by Mark D. Mitchell, the Holcombe T. Green Curator of American Painting and Sculpture. Working closely with the artist, he selected approximately 40 works- paintings, drawings and prints - spanning Bailey’s 6 decade career. The catalogue, published by Yale University Press, will be released in September 2020. It will include essays by Mark D. Mitchell and John Yau, and an interview with the artist by Clifford Ross. 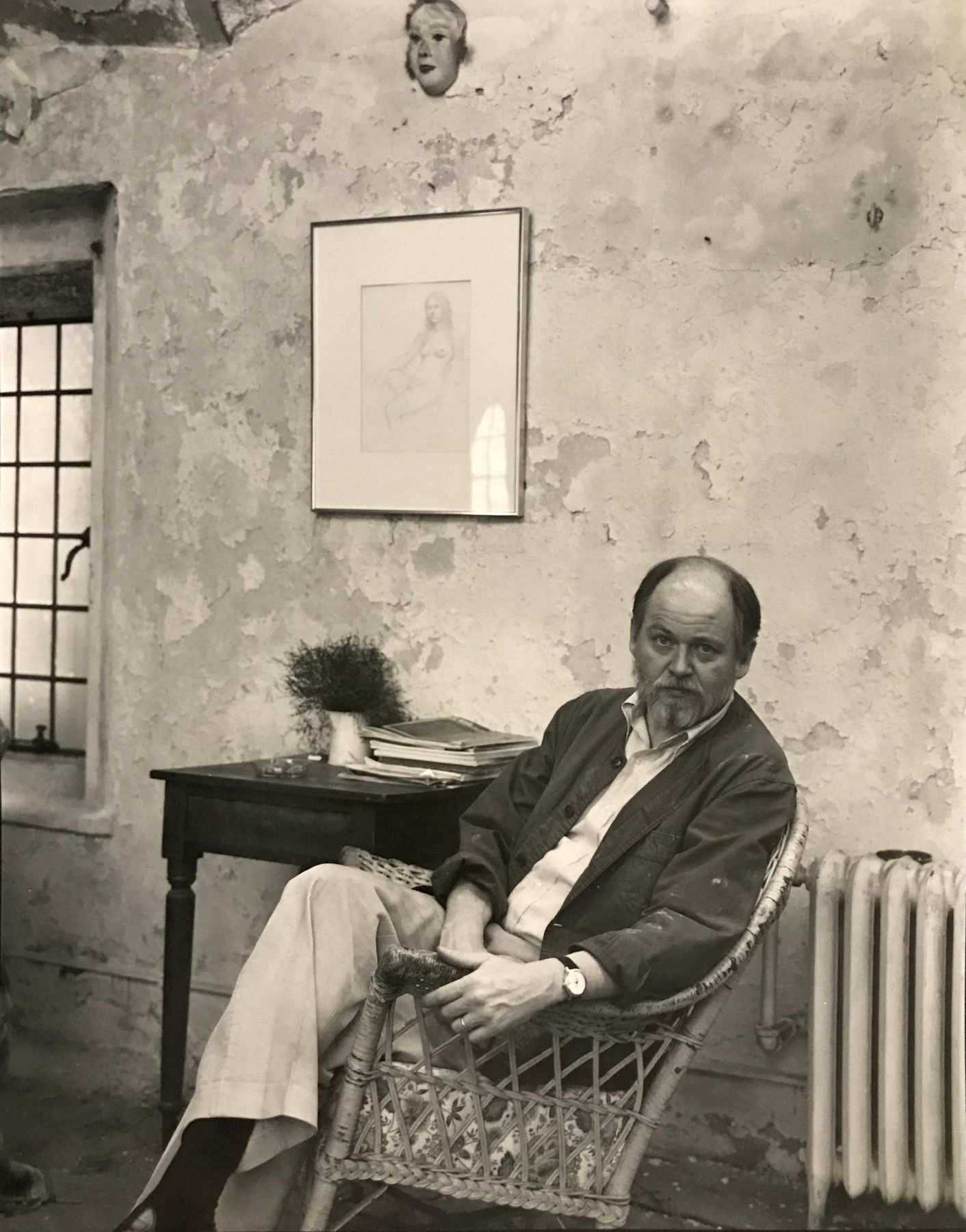 William Bailey was born in Council Bluffs, Iowa.  He attended the University of Kansas, School of Fine Arts. After serving in the United States Army during the Korean War, he studied under Josef Albers at Yale where he received both his BFA (1955) and MFA (1957)degrees. He began exhibiting in New York in the late 1960’s. His work can be seen in many museums, most notably the National Gallery of Art, Washington, DC; the Hirshhorn Museum and Sculpture Garden, Washington, DC; Museum of Fine Arts, Boston, MA; Museum of Modern Art, New York, NY; the Phillips Collection, Washington, DC; Yale University Art Gallery, New Haven, CT; National Museum of American Art, Smithsonian Institution, Washington, DC; and the Whitney Museum of American Art, New York, NY; among others. Bailey is the subject of two monographs by Mark Strand and the another by John Hollander and Giuliano Briganti.